My office location has moved, but not far – just down to the bottom end of my garden. It has freed up the spare room in the house which is now back to being a second bedroom, and it has made far better use of what was the compost, old broken pots, and general junk area of the garden. The above picture was taken shortly after it was erected in August when I still had cosmos and cherry tomatoes growing in the garden.

An old piece of slate that used to be my mum and dads front door step, is now my office doorstep. Sentimental I know. 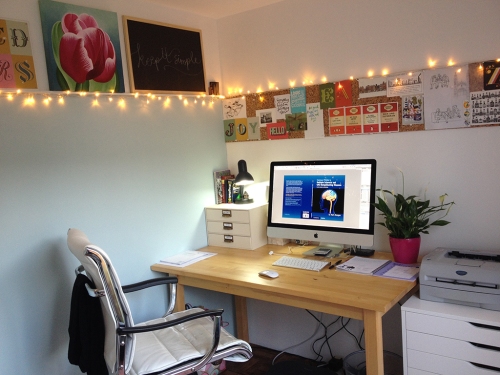 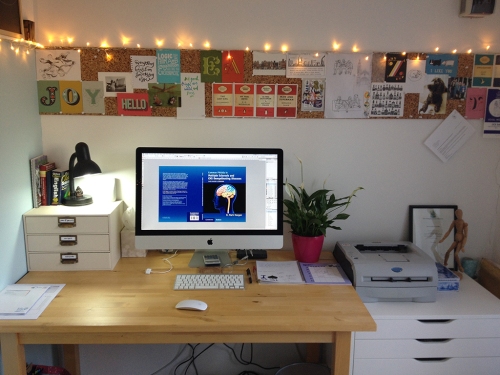 I considered buying a new desk, but the £50 table I bought from Ikea 12 years ago has served me well. The cork tiles on the back wall stretch from wall to wall for all manner of postcards, scraps of illustrations, photos, and general ‘stuff I like’ but real, actual stuff! Pinterest is great, but there’s nothing like the real thing. And yes, I have fairy lights too, look, it’s my office I can make it as girly as I like.

There’s a shelf for pictures and my ‘lettering practice’ blackboard.

A new shelf unit which also functions as a worktop for the printer and cutting mats.

I sometimes want to hide out down here in the evenings, and I would if I didn’t think my dog might want feeding some dinner. I’d have her in here with me for company, but unfortunately she’s not as enamoured with it as I am. I don’t understand it. 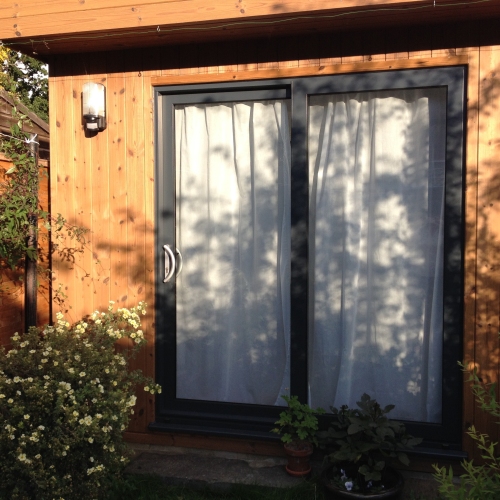 There’s nothing like the joy of a room of ones own.